NTR Memorial Trust was established in the year 1997 by Shri Nara Chandra Babu Naidu garu (Former Chief Minister of United Andhra Pradesh) inspired by the philosophy of the great legendary actor, founder of Telugu Desam Party and the former Chief Minister of United Andhra Pradesh Shri Nandamuri Taraka Rama Rao garu who was instrumental in restoring Telugu Pride and worked selflessly with the belief that Samajame devalayam prajalle devullu (Society is the Temple and People are Gods). The aim is to support the less privileged children of the society by providing quality education, safeguarding health and safety of public, providing safe blood to the needy and thalassemia children and reducing poverty and instances of injustice.

Established in 1997, NTR Memorial Trust has been at the forefront of bringing socio-economic change in Andhara Pradesh and Telangana. Our work is guided by the cardinal principle that as guardians of private funds, the same must be used prudently for the larger public causes especially for the under privileged and weaker sections of the society. We are inspired by NTR’s deeply held belief that sharing and caring are the ultimate goals of human life.

We move forward with the ultimate desire of ensuring a robust Society, where every segment of the Society in every sphere of activity is productive, happy, healthy and self-reliant.

To work towards creating a better Society, by providing affordable Quality Education and Health services to the poor and needy. The Collector specially congratulated NTR Memorial Trust for setting up this oxygen plant in a backward rural area under the auspices of NTR Memorial Trust at a cost of around 50 lakhs. On this occasion, as Chandrababu garu spoke, oxygen plants already set up by NTR trust in AP in Kuppam and Tekkali have been made available. Fresh. . . . . .

It is said that the oxygen plant will be available in Gudur from today. On this occasion, in the 25 years of NTR trust, the successes achieved by the trust and ...

He congratulated NTR Memorial Trust for setting up oxygen plants in Kuppam, Tekkali and Gudur for not doing what governments are doing during the corona disaster, but to voluntarily provide all the time help to the people. Slip. 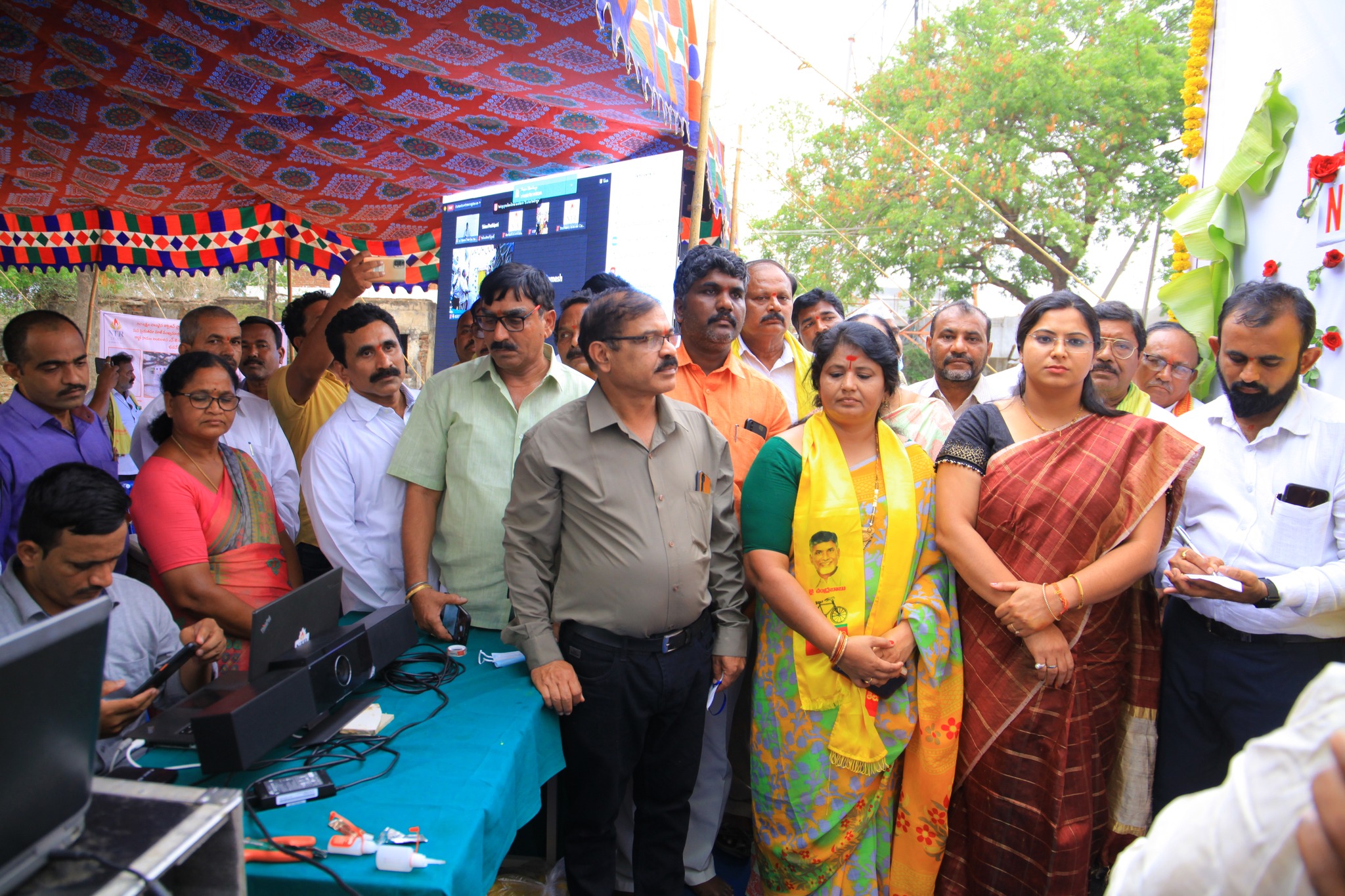 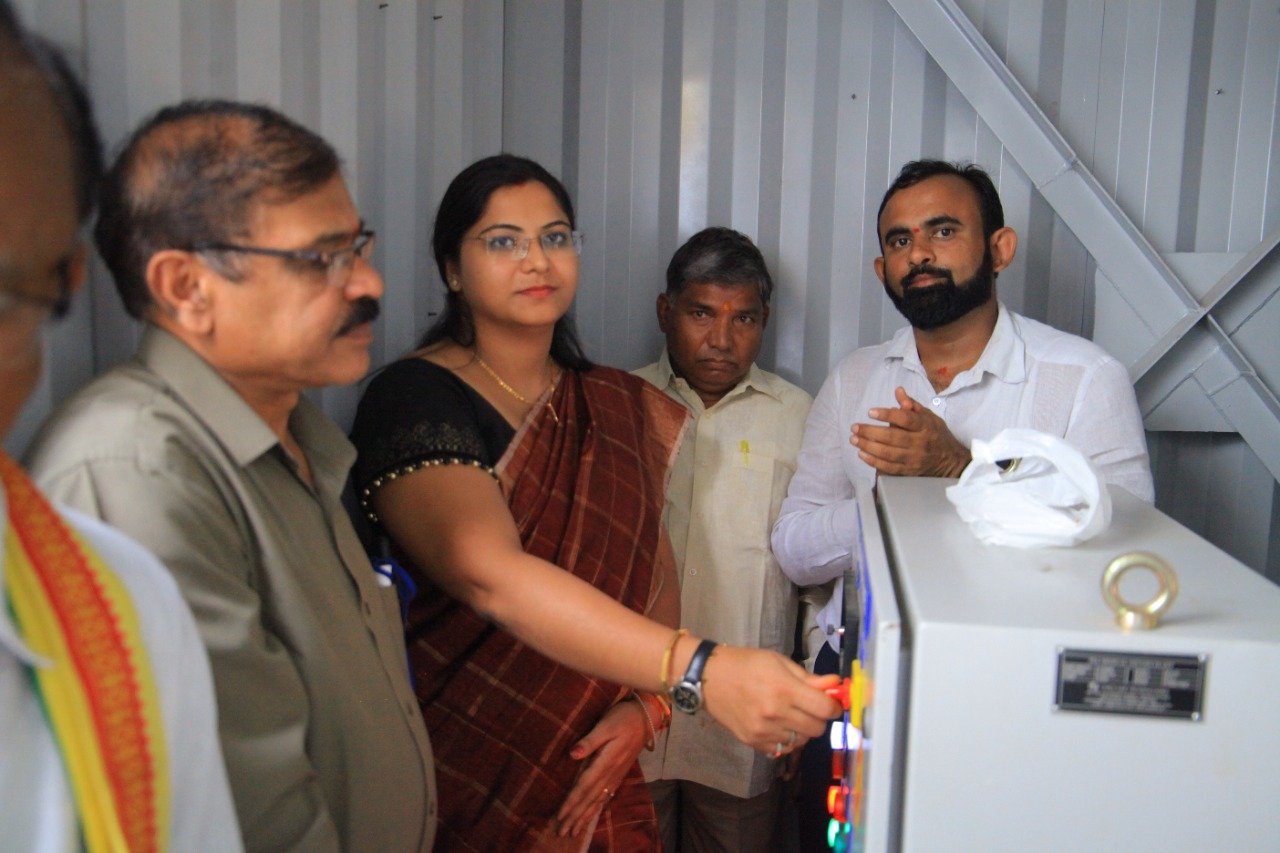 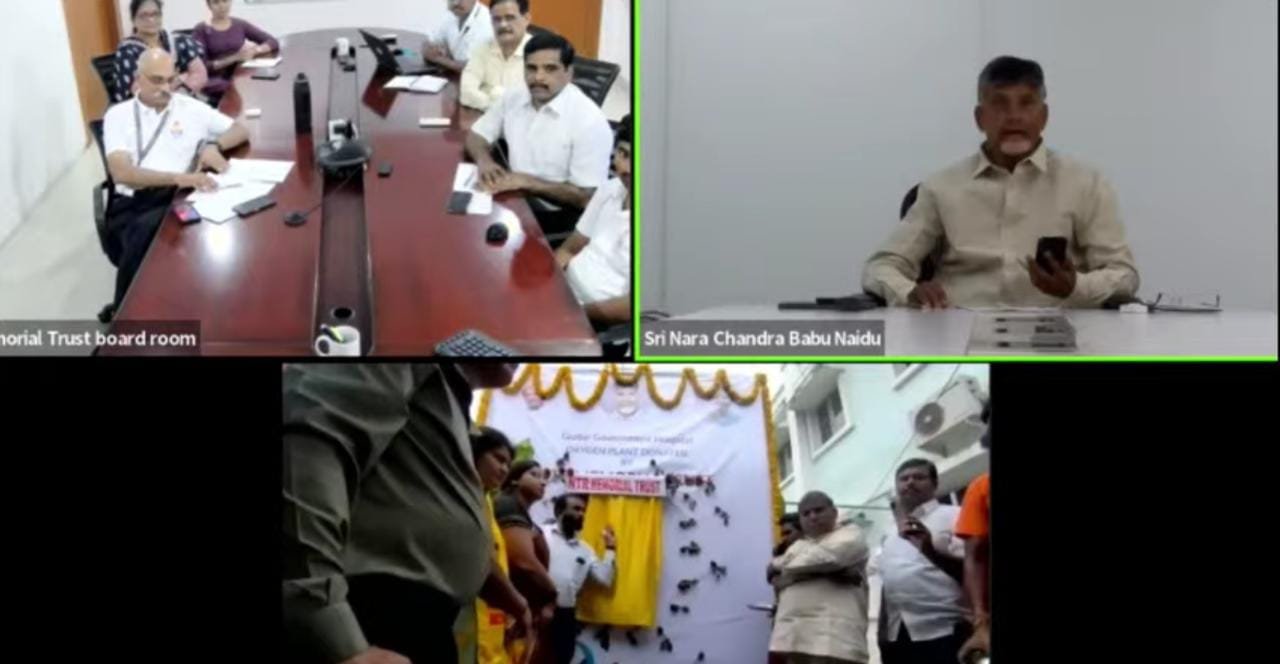 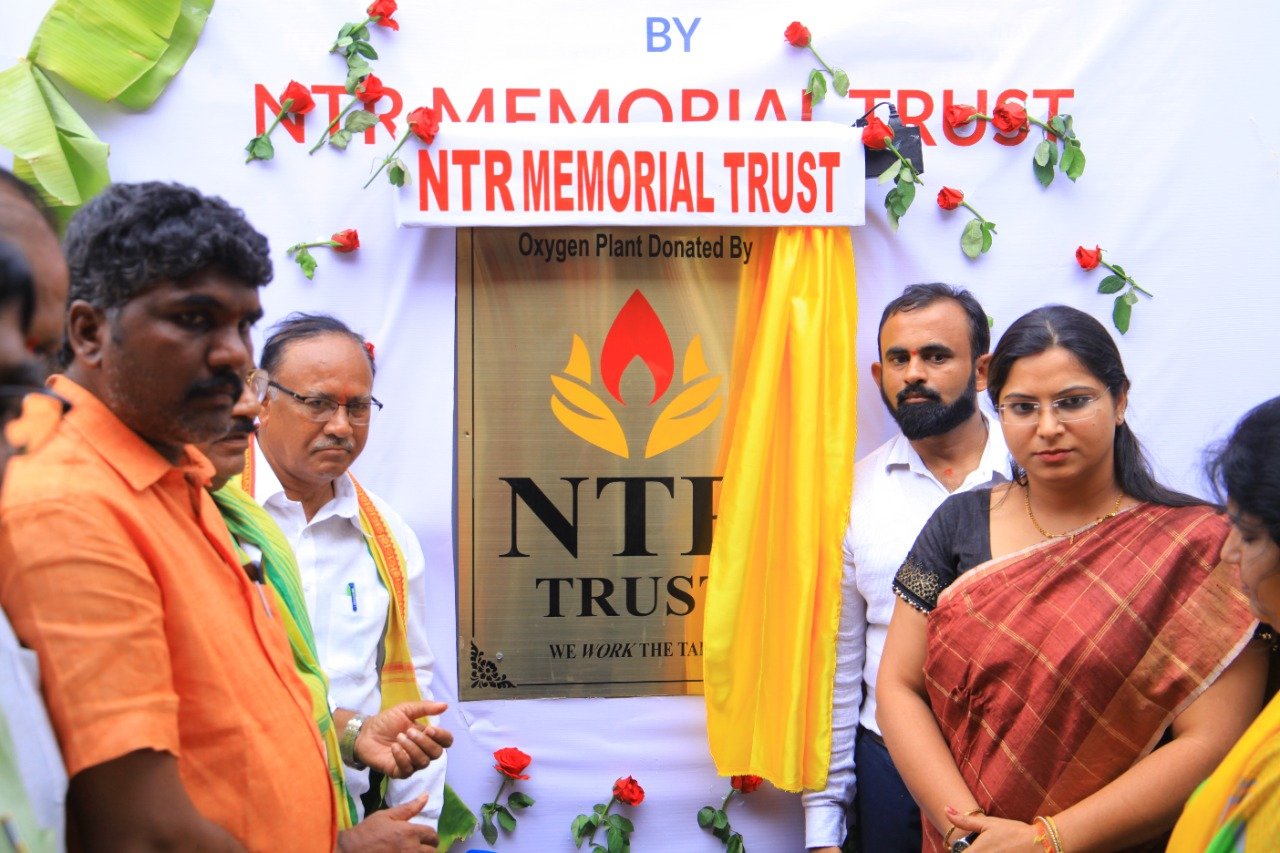 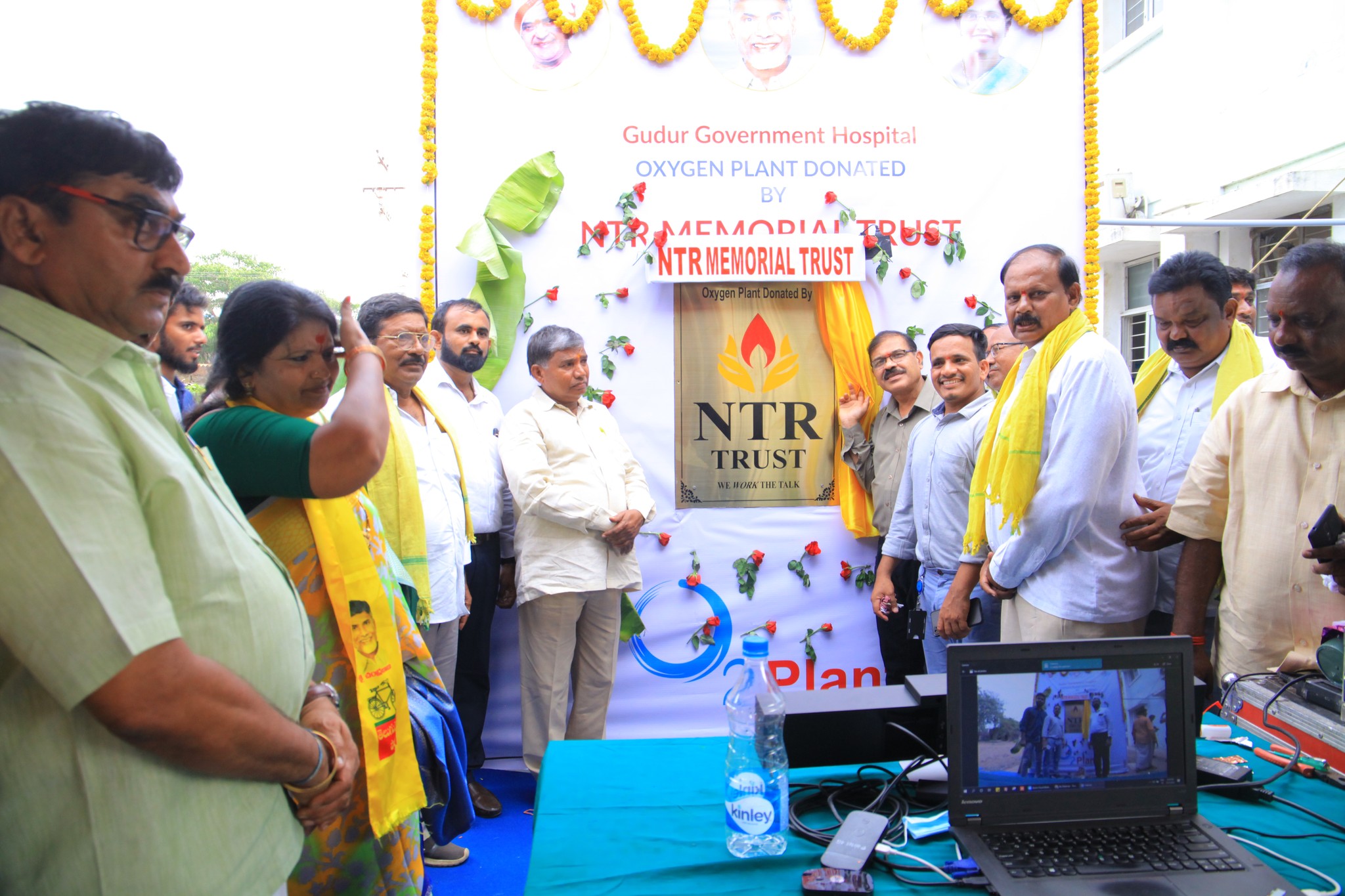 Work The Talk. Be it Voluntary Blood Donation Camp, or the Emergency & First-Aid Care Centre or Free medical camp NTR Trust lived up to its motto of selfless service to humanity. NTR Trust extends heartfelt thanks to hundreds of donors who came forward to donate blood to save precious lives.

Sri Nara Lokesh led from the front by donating blood and motivated leaders and cadre who came to the much celebrated event. 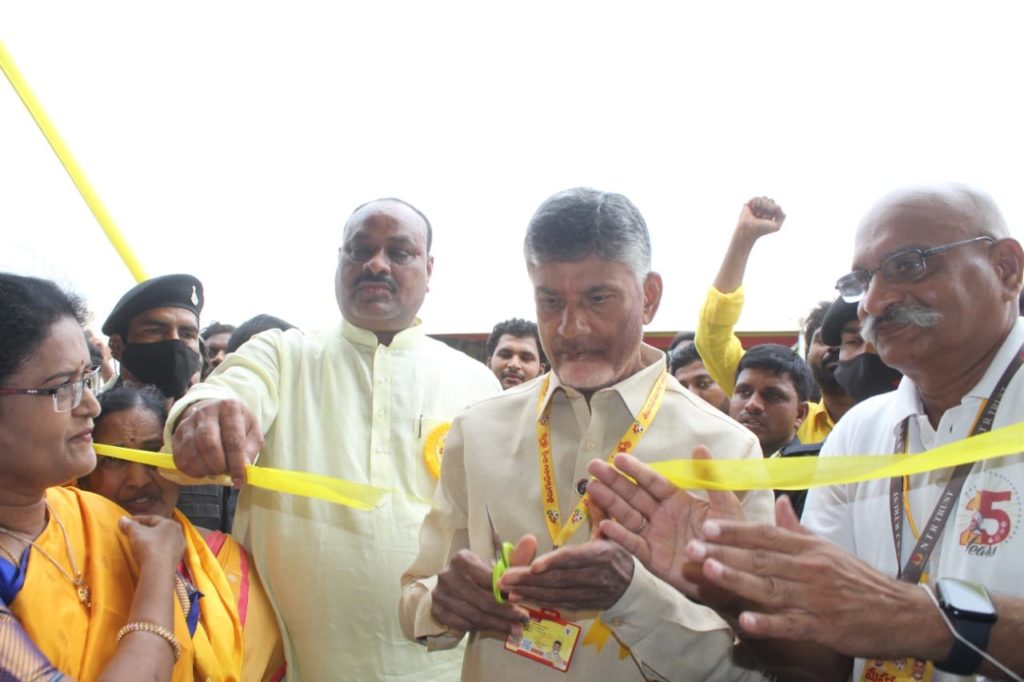 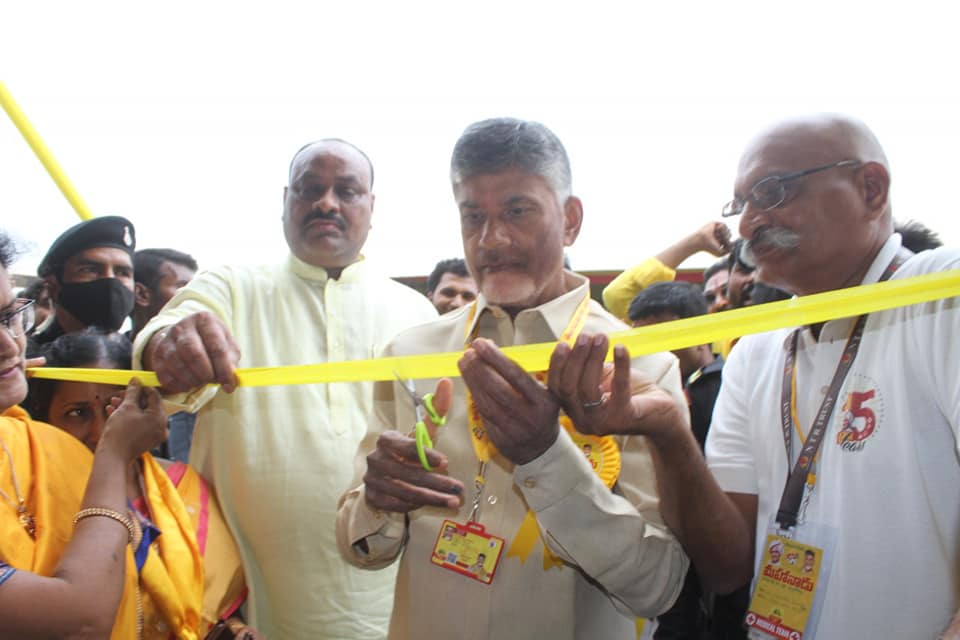 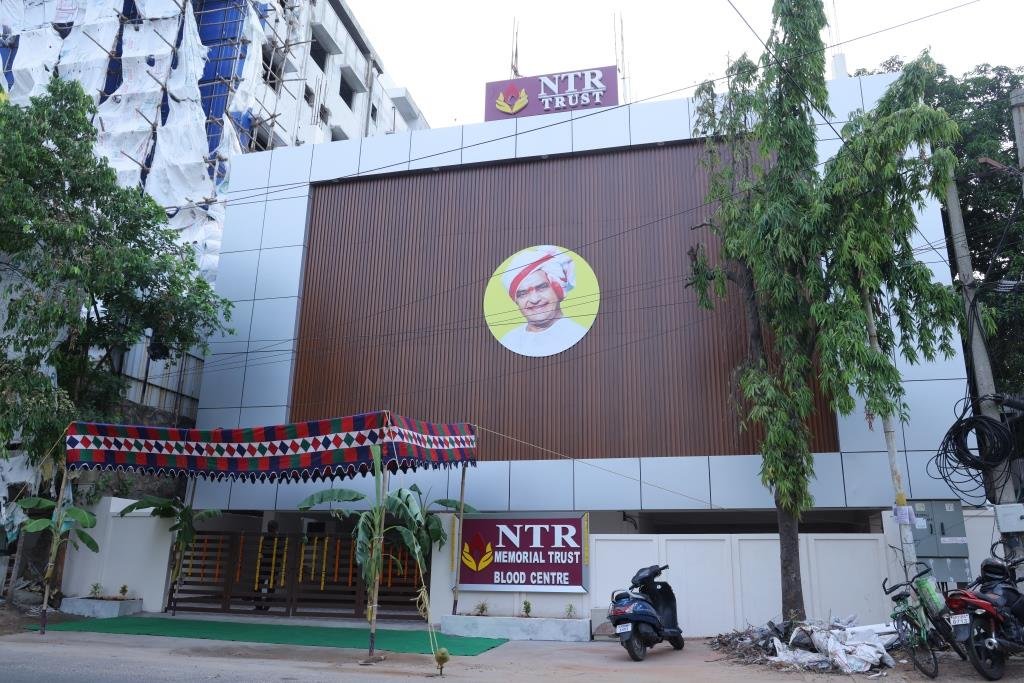 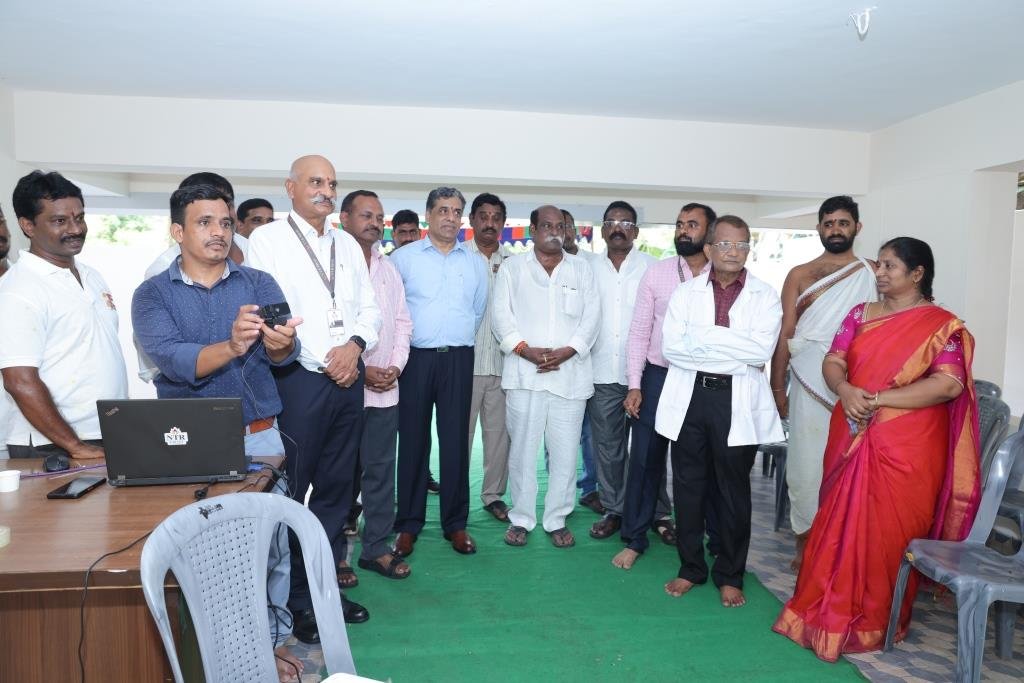 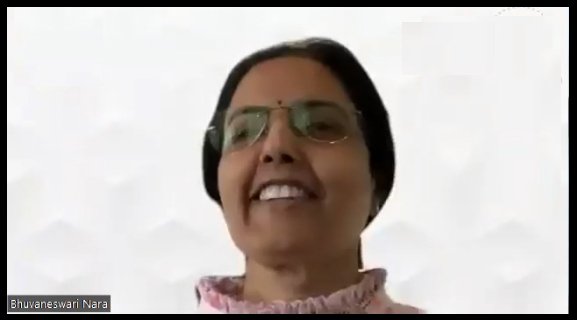 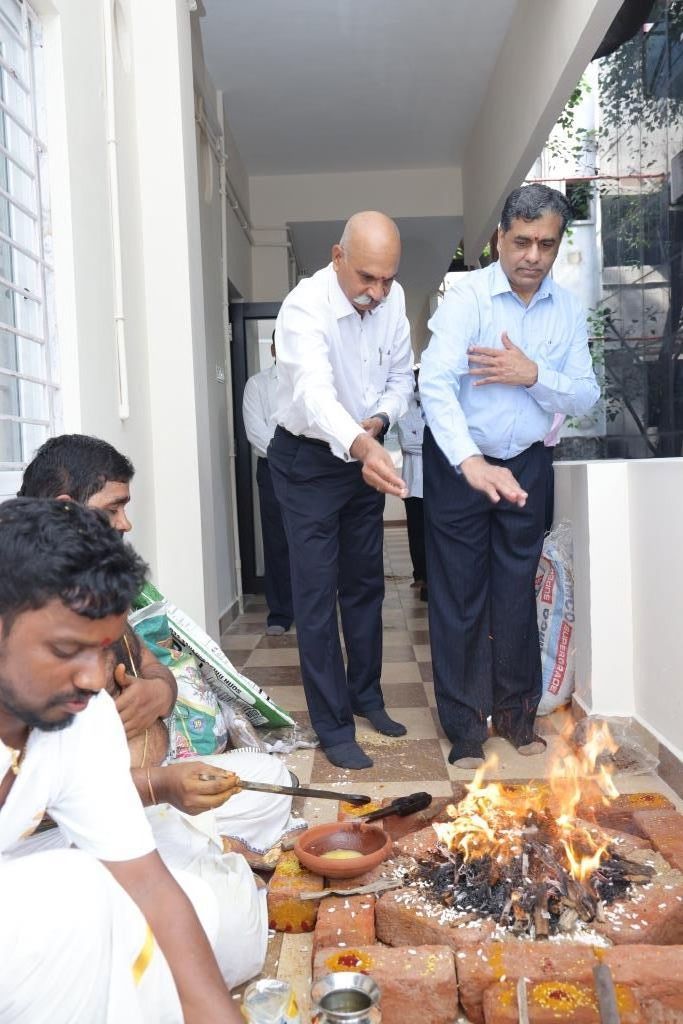 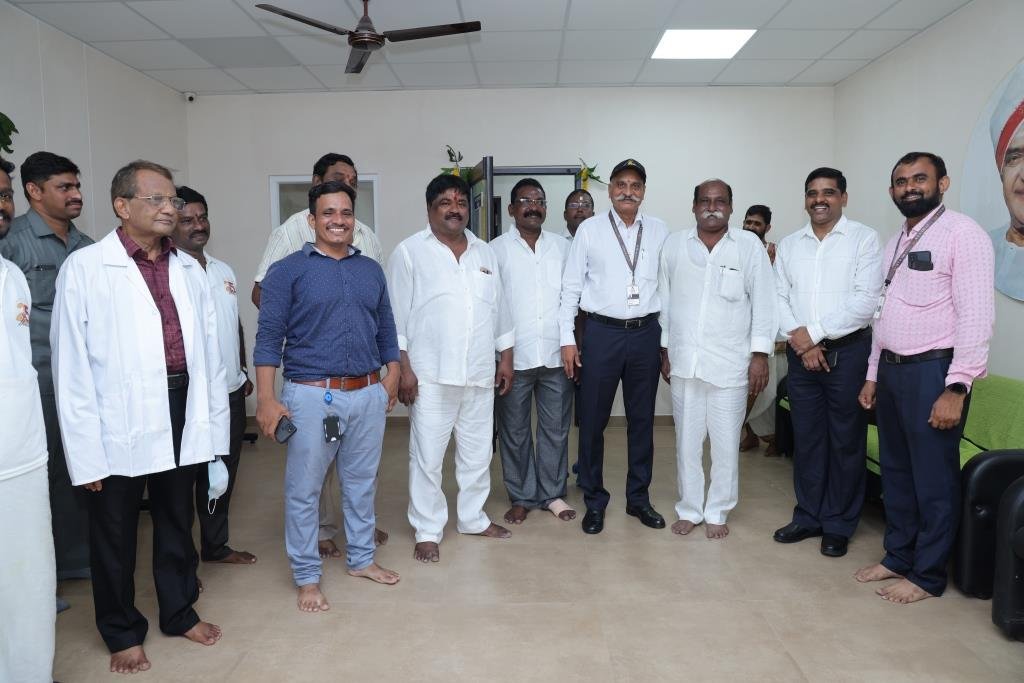 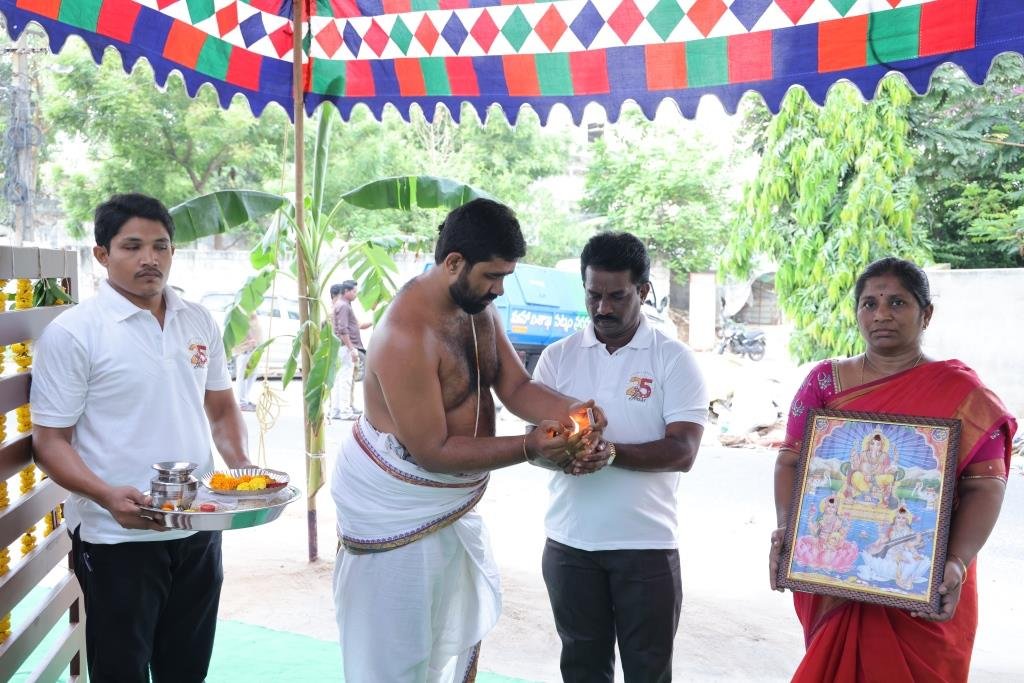 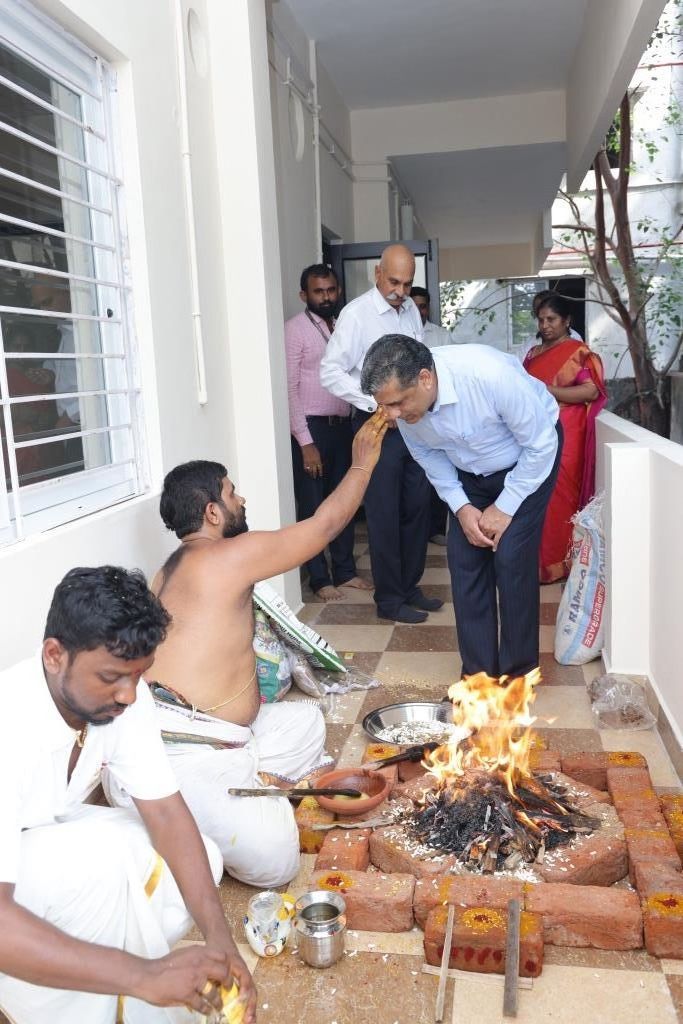 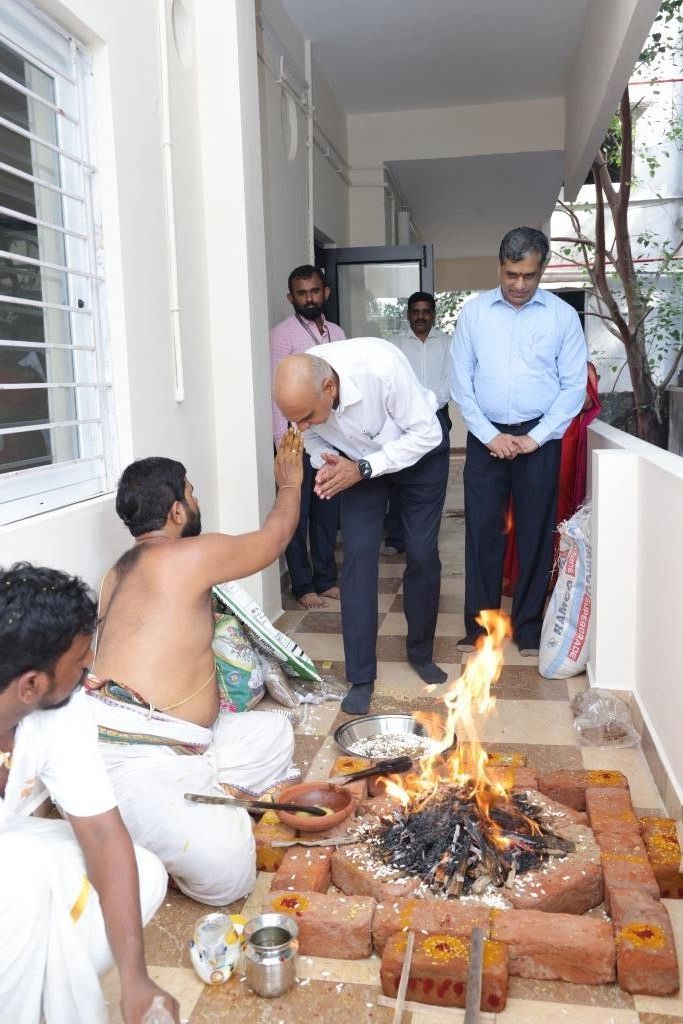 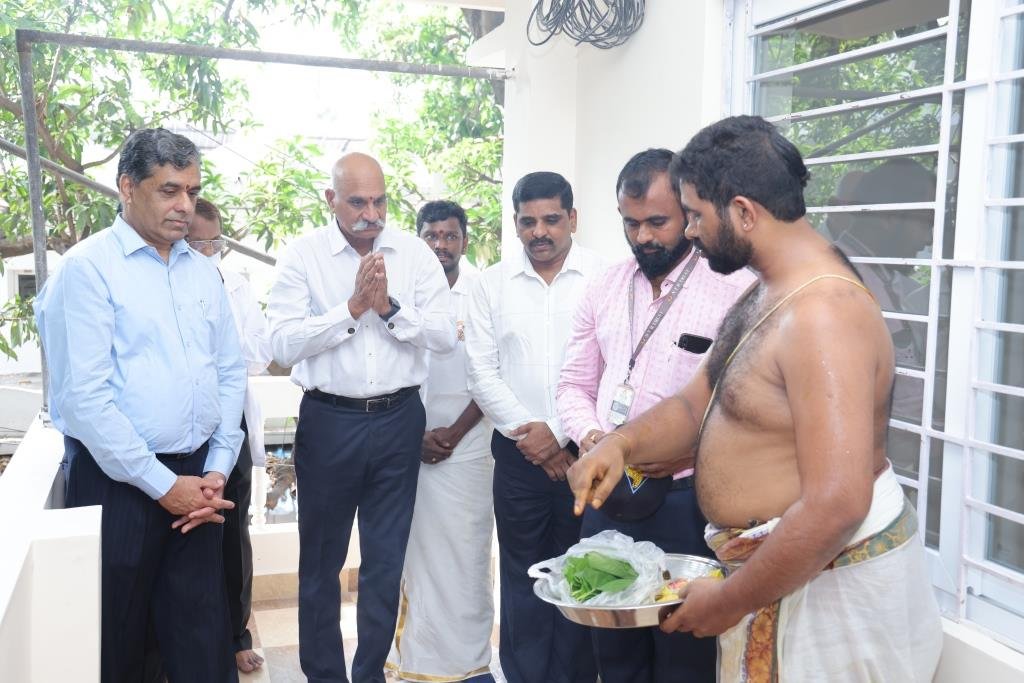 Due to the heavy rains in Kadapa district, the floods in Annamayya dam have left bitter memories in the lives of many. Pulapattur is one of those areas.
Many fought to save their lives in the sudden floods. Some people in these difficult times have not only helped their lives but stood as relatives in danger, others are fine.
In these days, if I am good, it is very rare to see those who wish to save the lives of others rather than their lives, Gandham Siva P Rasad is the one.
There is a need to encourage such people in the society, who sacrificed his life and saved five lives by giving crores of salutes to the humanist in the time when villages are emptied due to the flood.
Our beloved former chief minister Sri Nara Chandrababu Naidu garu congratulated Gandham Shivaprasad alias Srujay in Kadapa district tour and congratulated such people.
NT Announced on behalf of R Memorial Trust.
Today, on the orders of NTR Memorial Trust Management Trust Mrs. Nara Bhuvaneshwari, NTR Memorial Trust Executive Officer Sri K. Rajendra Kumar IPS, (retired) garu has given a brewery award and a certificate of appreciation of Rs 1 lakh. 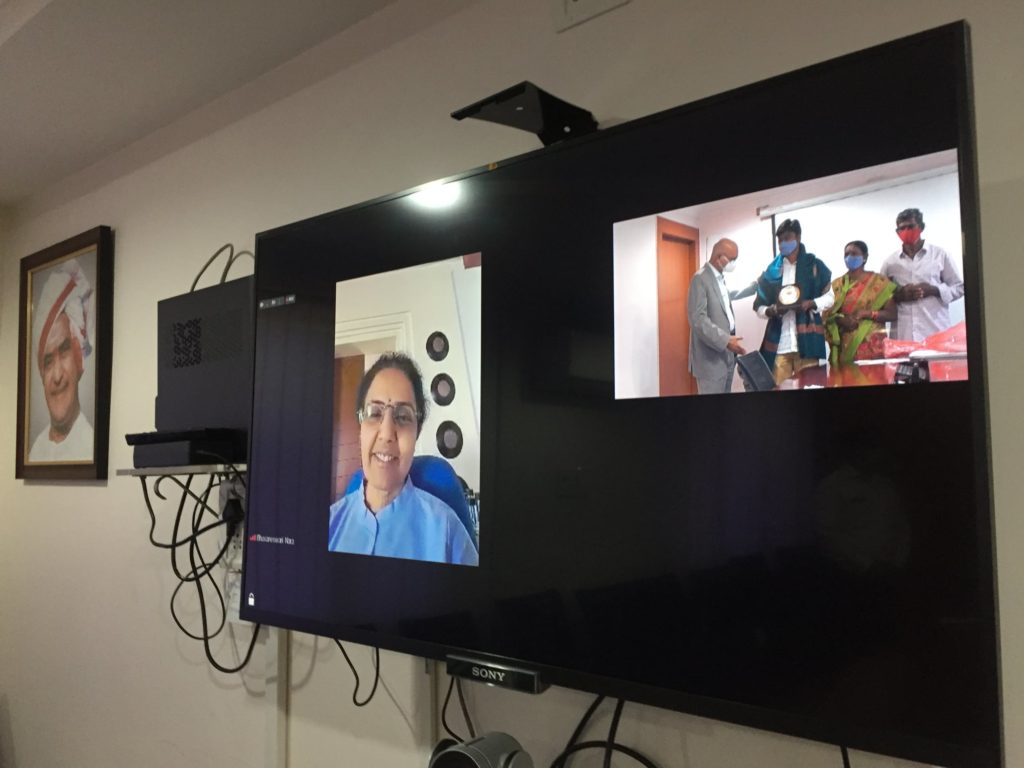 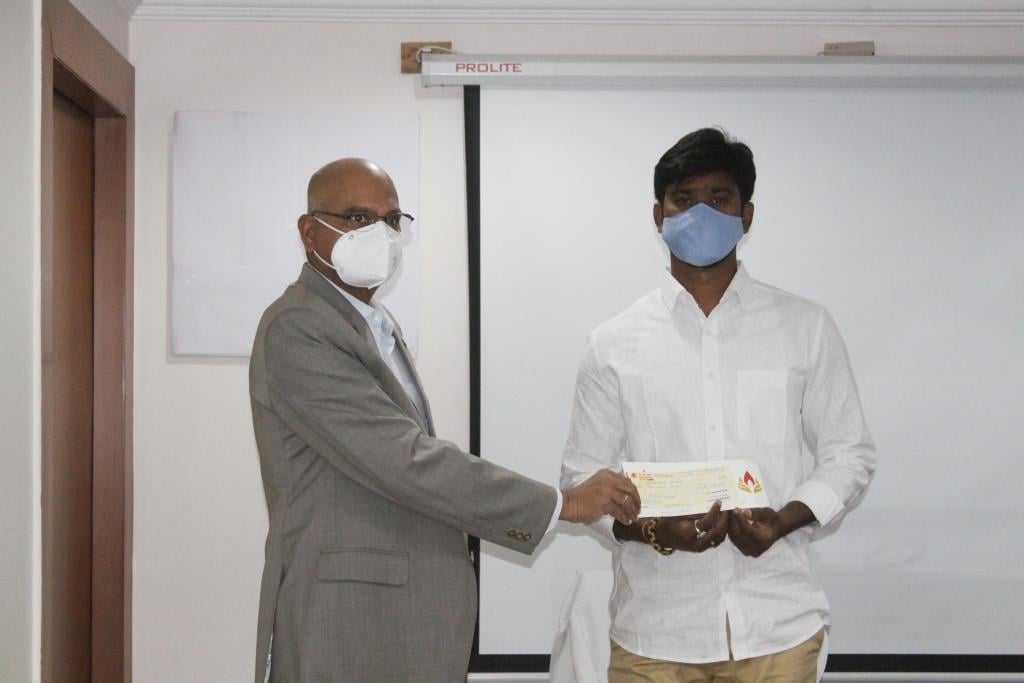 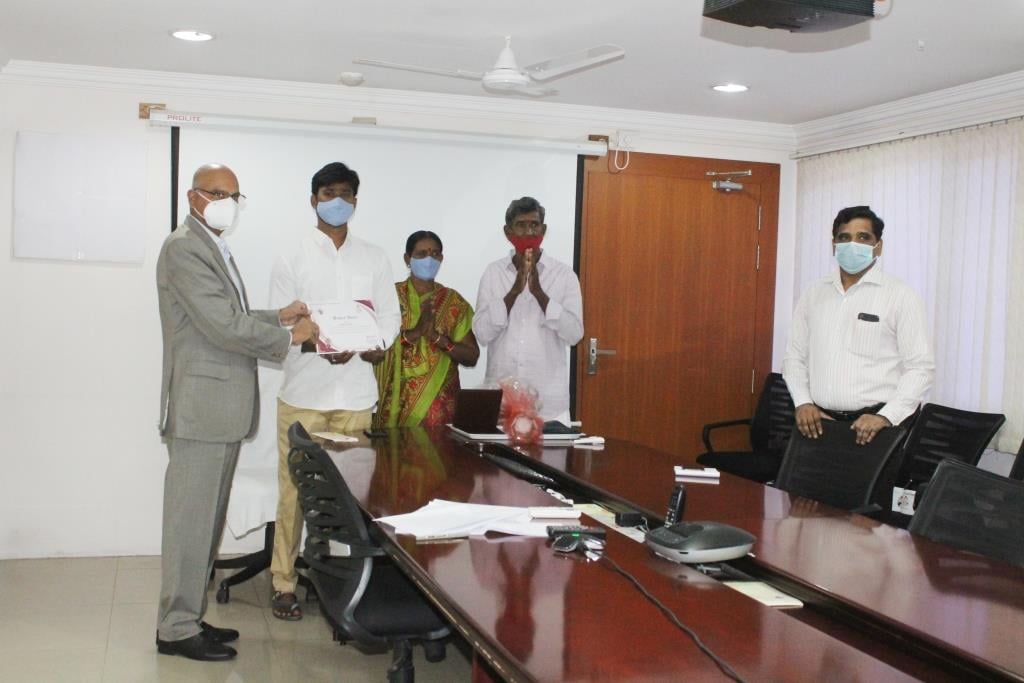 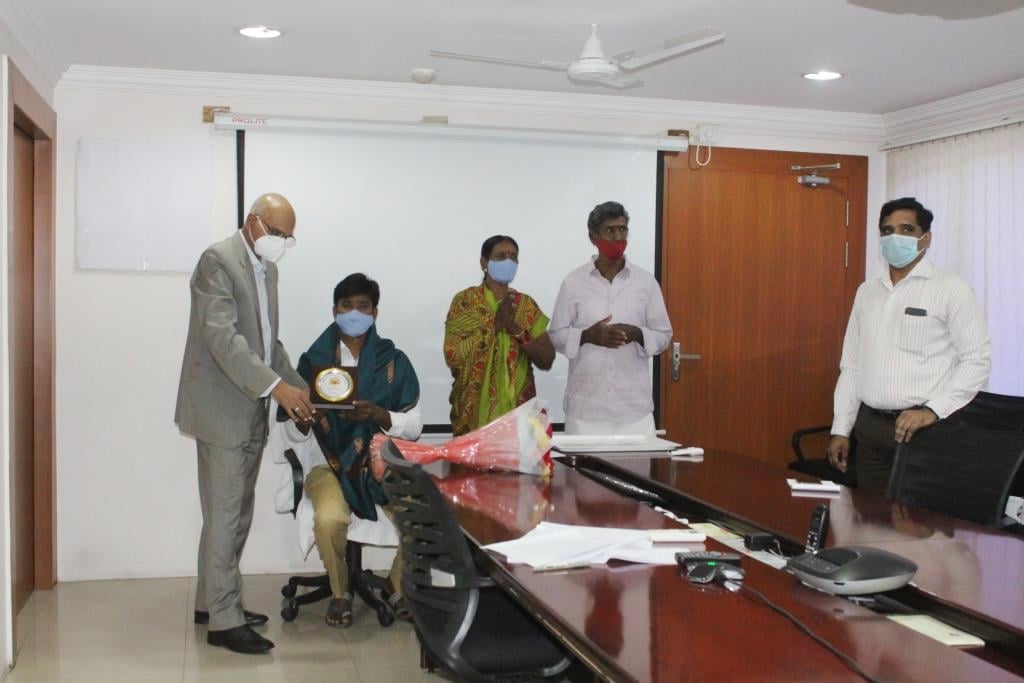 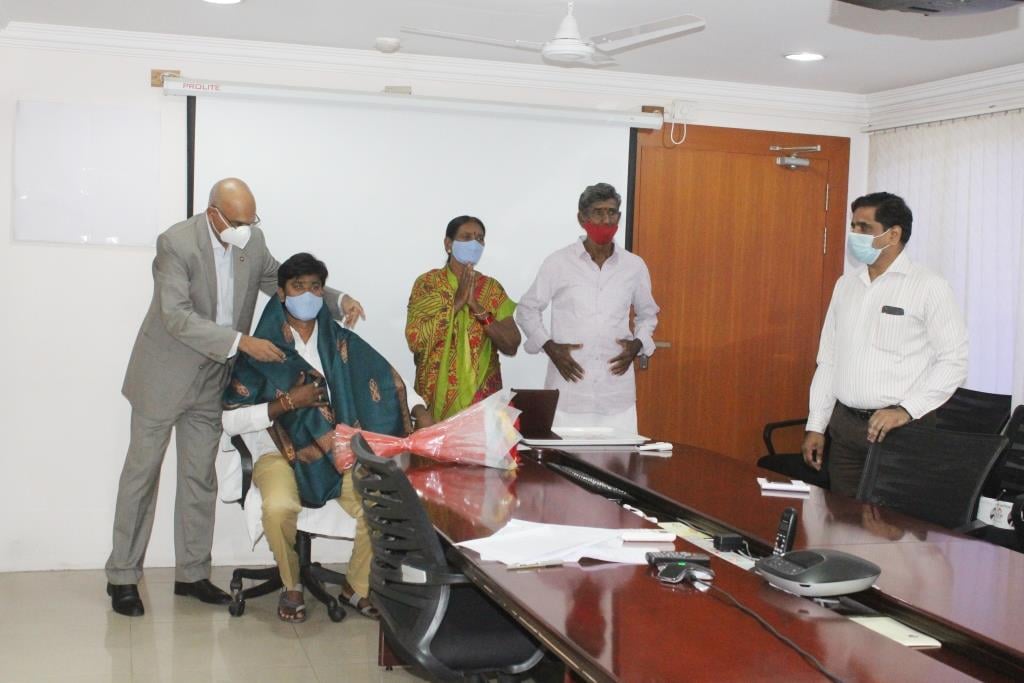 Smt. N.Bhuvaneswari (59) is a dynamic leader who has vast experience in business organizations. She has been successfully steering Heritage Foods Limited and responsible for its consistent growth since its inception. She was named as one of the most powerful business women in India, and placed 45th rank in the list of “Fortune 50 “for the year 2013, which is published from USA. She is holding Directorship in several other Companies.

Smt. N.Brahmani (31), completed her Master’s Degree in Business Administration from Stanford University, and graduated with a Bachelor of Science in Electrical Engineering from Santa Clara University USA. Before joining the Board of Heritage Foods, she worked as Investment Associate in Vertex Venture Management Pvt Ltd between 2009 to 2011 in Singapore and associated with the company as a Vice-President (Business Development).