NTR Trust in collaboration with Vijayawada Book Festival Society and Department of Language and Culture of Government of Andhra Pradesh have initiated a state-wide cultural event – Navyandhra Pusthaka Sambaraalu. Through this, we intend to take Book Exhibitions to 7 cities in Andhra Pradesh. The event was kick started in Ananthapur on 01, October 2016 and was inaugurated by Sri. Prabhakar Chowdary, MLA, Ananthapur. NTR Trust will also be conducting literary competitions for Children every day along with Personality Development and Career Guidance lectures by experts for youngsters. several cultural programs and competitions were held in this event. Thousands of visitors thronged to the stalls and thousands of books were put up for display at the venue. The chief guest for the closing ceremony was Mr. Prabhakar Chowdary, MLA Ananthapur. Ananthapur Mayor, Smt. Swaroopa & Deputy Mayor Shri. Gampanna, presented awards to the winners of various competitions conducted during the book fair.

NTR Trust conducted Medical Camps at Ananthapur and 320 public utilized these camps and medicines were distributed on free basis. Through NTR Sujala, distributed 14,780 safe drinking water packets to the public. 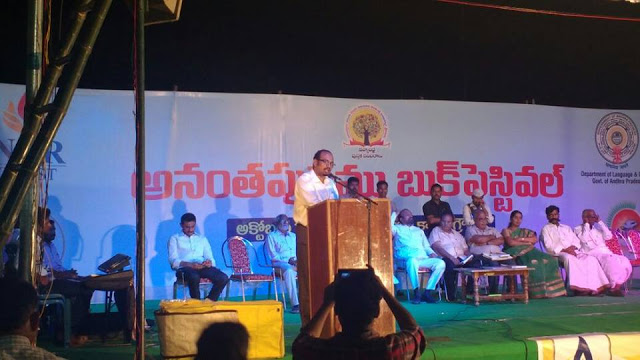